A ball can create a legend. A ball can Start Something Priceless.

We were approached by Dadbod films to assist with their treatment for the ‘A ball can create a legend’ Jose Mourinho promo to be shown in connection with the Champions League final.

The concept was an interview with Jose in an abstract warehouse space with screens depicting various memories from his illustrious career so  far.

We worked closely with director Harry Barber  and their creative team to find a screen layout and combination that met the aesthetic proposed in the initial treatment while also working with the limitations of the venue and a modest budget.

The design ended up being a large circular central projection flanked by an assortment of sizes of our professional Samsung LED backlit displays. Working from Dadbod’s creative brief our technical designer positioned the screens in an appropriate order to give the semi-symmetrical, randomised look that Harry was after. This then needed to be ground supported so we designed a custom built, stand alone tube structure to support the screens, while not straying too far from the warehouse aesthetic of the space. Stacks of CRT monitors were added in front of our structures to finish the overall look.

The biggest challenge for this project was playing synchronised content to all 11 screens independently, which was a crucial element due to the narrative nature of the advert. Thankfully our Disguise d3 4×2 pro server has a lot of headroom, so we established that we could make it work within the capabilities of that server. We knew that we wouldn’t be able to output  11 channels of 1080p, but nor did we need to. The content was always going to be football footage, and had clearly been recorded and compressed at 720p or lower. Therefore we could output 3 lots of 2560 x 1440 to three of our Datapath FX4 signal splitters where the image was divided out giving us a total of twelve 720p independent video outputs from the one server.

Brilliantly directed and conceived by Harry, the advert captures the emotion and gravitas of the game and is a prime example of how screens and video playback can be used within this medium to convey the experience of someone digesting footage and the memories which it provokes. 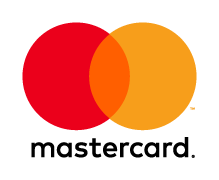 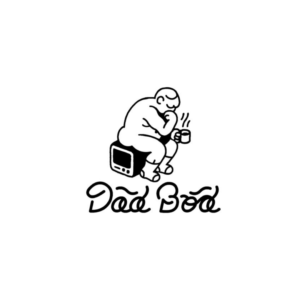 If you'd like us to help plan your event, please get in touch.

PR Live are specialists in innovative solutions, integrating disciplines to use technology to truly meet a technica… https://t.co/DrnBDl0aNK

For this visually stunning interactive event in the @thevinylfactory in Soho. We provided a range of equipment incl… https://t.co/a3B7MObB1a

Jackpot! For @lorealparisuk brands @NYXcosmetics_UK @essie @maybelline we provided screens and playback for this e… https://t.co/jTwYbpTUQa

Little tidy up of the yard this , v pleased with the results.@smartsealuk products used. https://t.co/2ldfVH6LeR

We use cookies on our website to give you the most relevant experience by remembering your preferences and repeat visits. By clicking “Accept All”, you consent to the use of ALL the cookies. However, you may visit "Cookie Settings" to provide a controlled consent.
Cookie SettingsAccept All
Manage consent

This website uses cookies to improve your experience while you navigate through the website. Out of these, the cookies that are categorized as necessary are stored on your browser as they are essential for the working of basic functionalities of the website. We also use third-party cookies that help us analyze and understand how you use this website. These cookies will be stored in your browser only with your consent. You also have the option to opt-out of these cookies. But opting out of some of these cookies may affect your browsing experience.
Necessary Always Enabled

Performance cookies are used to understand and analyze the key performance indexes of the website which helps in delivering a better user experience for the visitors.

Analytical cookies are used to understand how visitors interact with the website. These cookies help provide information on metrics the number of visitors, bounce rate, traffic source, etc.

Advertisement cookies are used to provide visitors with relevant ads and marketing campaigns. These cookies track visitors across websites and collect information to provide customized ads.

Other uncategorized cookies are those that are being analyzed and have not been classified into a category as yet.

SAVE & ACCEPT
Powered by